Myths and Truths about "Happy Couples" 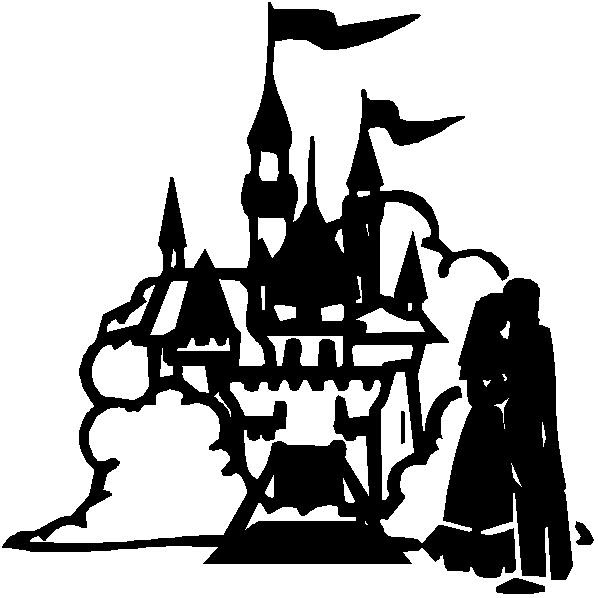 This article is partially based on extensive laboratory and longitudinal scientific research about couple satisfaction in long term relationships as presented in the book The Marriage Clinic, by John M. Gottman, published by WW Norton & Company in 1999.  Please see this book for more resources.
Most of us know by now that the fairy tale happily ever after stories are full of holes. Dashing men on horses don't usually rescue helpless women and live happily ever after in real life.  But most of us don't know how inaccurate our current popular expectations and beliefs are about what makes "marriage" work are (and by this I mean any long term committed romantic relationship).

Many of the following cultural myths perpetuate some of the problems that bring couples to counselling.

MYTHS
1. Arguing = trouble.
2. Distance = trouble.
3. Opposites attract.
4. Flattery will get you nowhere.
5. You have to agree on the BIG issues (like children, sex and money).
6. People divorce because they “grow apart”.
7. Couples divorce because they get older and change physically.
8. The more sex the better.
9.  A fat woman will lose her man.
10. Both partners have to be equal in a good marriage.

1. Fighting per se is not necessarily a problem.  If there is basic mutual respect, the ability for partners to cool down and soothe each other afterward, and lots of good stuff in the "emotional bank account", the tendency to fight is more a result of personality style than trouble in the relationship.  In his book The Marriage Clinic, John Gottman talks about the "emotional bank account"  and the "fondness and admiration system" in which he describes the ability of a couple to draw on "stores" of good feelings that have been deposited there by each partner.  It is the ratio of negative interactions and positive interactions -he advises the ratio should be at least 5 (positive) to 1 (negative) -that is more of a predictor of a satisfying relationship than the number of arguments.  Some couples like to handle problems directly, and if each of the two people are this way, then they may resolve their problems more quickly and with less bitterness if they approach them head on.

2. Other couples are more avoidant and have a similar level of tolerance for putting off confrontations.  It is the compatibility of problem solving style between the two people rather than the style itself that is more predictive of failure. When two people prefer to avoid conflict together they don't necessarily get into trouble unless this escalates to avoidance of positive regard for one another.  If they can accept each other's differences and remain loving toward one another they may be able to avoid conflict for a long time.  It is more a problem if one is a conflict avoider and the other is a conflict confronter.  This difference can be worked out (although sometimes help from a therapist is required) if there's a lot of overall positive regard.

4. Some would say the solution to all marital difficulties is honesty - always saying what is on your mind because that is the Truth.  But in my practice I have seen this become an excuse for disrespect and contempt, and these are the things that will cause ruptures rather than healing.  True, people need to be able to express themselves freely to their partners, but this doesn't mean there is no room for tact.  And what may feel "honest" at one moment, may feel irrelevant at another.  Flattery, if that means complimenting your partner frequently, showing your affection regularly in symbolic or romantic ways, and bragging about her or him to others - will get you everywhere.  I don't mean saying things that aren't ever true, but focussing on the positive and building up credit in that emotional bank account makes a huge difference in how well your relationship will weather rockier times.

5.  There isn't a couple around today that doesn't have some "BIG" issue that it can't resolve.  There are too many choices and options available today to assume they must all be agreed upon in each romantic partnership.  Gottman estimates that 60% of all problems couples encounter are ultimately irresolvable.  Once again, the issue isn't the problem itself,  it's how couples learn to manage perpetual problems over the long haul.  This point is critical to understand.  As in other areas of life, many problems stay with us a long time- some throughout the life span - what matters is how we cope with this fact.  Do we comfort each others' experiences of frustration? Do we accept that there are some things that may never be perfect but know that we can keep trying anyway? Do we have enough good stuff in the bank to get us through? Gottman calls this the ability to "dialogue with perpetual problems".  Ultimately, it's the quality of the dialogue, not the seeming seriousness of the problem itself, that will predict the success of the relationship.

6.  Although this may be somewhat true when couples meet at a young age, because the younger they start, the more quickly they will change and might simply become so different they are no longer compatible, for most couples who claim they just "grew apart", this is an excuse that tends to gloss over the deeper issues that can cause serious trouble in a love relationship.

So if fighting, avoidance, differences, growing apart, and "honesty" aren't the real problems, and huge differences like children, sex and money don't necessarily predict disaster - why is there so much divorce? And what is the solution?  Gottman refers to the "Four Horsemen of the Apocalypse" as being:  1. Criticism 2. Defensiveness 3. Contempt and 4. Stonewalling, and says these 4 patterns are the most reliable predictors of divorce/separation or of a long but miserable relationship. When these four horsemen take over a relationship, the end is near, even if the couple physically stay together.  But with help (professional help is usually necessary for this) you can learn to consistently "build in the antidotes.1"
Here are some "antidotes" I have found effective:
*for Criticism: try complaining without suggesting that your partner is somehow defective
*for Defensiveness: try accepting responsibility for a part of the problem
*for Contempt: learn to create a marital culture of praise and pride to replace the contempt, and
*for Stonewalling: provide self soothing, stay emotionally connected and give the listener nonverbal cues of your attention.

7. Attraction is more related to what's in the emotional bank account than to physical appearance.  When loss of attraction or change in physical appearance is used as an excuse for divorce or constant criticisms,  it is more indicative that the person doing the criticising is having self esteem or identity issues.  Although these problems may require individual or couples treatment,  it is not physical changes that are at the heart of the deterioration of a marriage.

8. Sexual compatibility, not frequency, is the key to couple sexual satisfaction.  Difficulties (again, not irresolvable) arise when there is a difference in the amount of sex desired by each member of the couple.  Many satisfied couples have little or even no sex because this is all each of them desires.  Gottman found that it is the nature of the friendship, more than the frequency of sexual relations, that gets people through in the long run. When frequent sex is desired by both partners, and sex is part of the overall fondness and affectional system, it can be a wonderful asset.  When one is wanting more sex than the other, it is likely to cause stress in both partners.  However, more often than not, the development of sexual problems is a symptom rather than a cause of relationship difficulties. Because sexual intimacy requires each partner to be vulnerable to the other, when the relationship is experienced as emotionally unsafe by one or both partners, sexual disturbances will likely arise.

9.  I have worked with many couples who were dealing with changes in one partner's body size.  I have seen some couples break up when there was no perceptible physical change and other couples thrive through considerable physical changes. When there is a wealth of positive regard in the relationship, physical attraction tends to follow that regard.  It is unfortunately common for someone with an eating problem to project their body image insecurities onto a partner.  This can be true for certain same sex couples too- one partner "absorbs" the bad body feelings and the other projects them.  When this is the case it is important for each member of the couple or family to work separately on his or her eating problem and put a special effort into being loving and respectful of the partner's food and body boundaries.  It is not easy to go against the cultural dictate of thinness for everyone, but a family can work together to develop a culture of love and respect for differences that will ultimately solve way more problems than the temporary (for usually it is no more than that) weight gain or loss of one or more of its members.

10. There are many ways for couples to share power and responsibility that do not necessarily correspond to absolute equality in all areas.  What is more important is that each partner have equal influence on the other.  Weiss'2 coined the term: "positive sentiment override" (PSO) to describe this ability.  He coined the term "negative sentiment override" (NSO) for the opposite. What this means is that when partners feel trusting  of one another, they tend to hear each other's suggestions and complaints non-defensively. There doesn't have to be agreement on the issue, just willingness to talk about the differences. Statements judged neutral or negative by observers can be interpreted positively by a partner with a couples history of respectful conflict (PSO) just as statements judged neutral or positive by observers can be interpreted as negative by a partner with a  couples history disrespectful conflict (NSO) as in the following examples.

Partner 1: Will you shut up and let me finish?
Partner 2: Sorry, go ahead.
Though partner 2 may not be very happy about this comment, he still recognises that his partner felt hurt by his interruption and gives her the benefit of the doubt.

NSO Example:
Partner 1: Will you shut up and let me finish?
Partner 2: To hell with you, I’m not getting a chance to finish either. You’re such a bitch, you remind me of your mother.

Here partner 2 assumes negative intent and feels he must defend himself.

In summary, this does not mean that a couple in trouble can just start being loving and affectionate during their arguments.  It takes work and often professional intervention to get out of negative cycles.  Repeating affirmations that have no meaningful basis is not the solution either.  Genuine positive regard, if not already deeply embedded in the marriage, can only emerge once the relationship is made emotionally safe for both partners.
************************************************************************
*   * This article does not apply to couples struggling with physical or sexual abuse. Much stronger interventions are required in those cases to first and foremost keep all parties physically safe.  For resources on this topic, please see: http://www.womensrefuge.org.nz
Link to:  Couples therapy